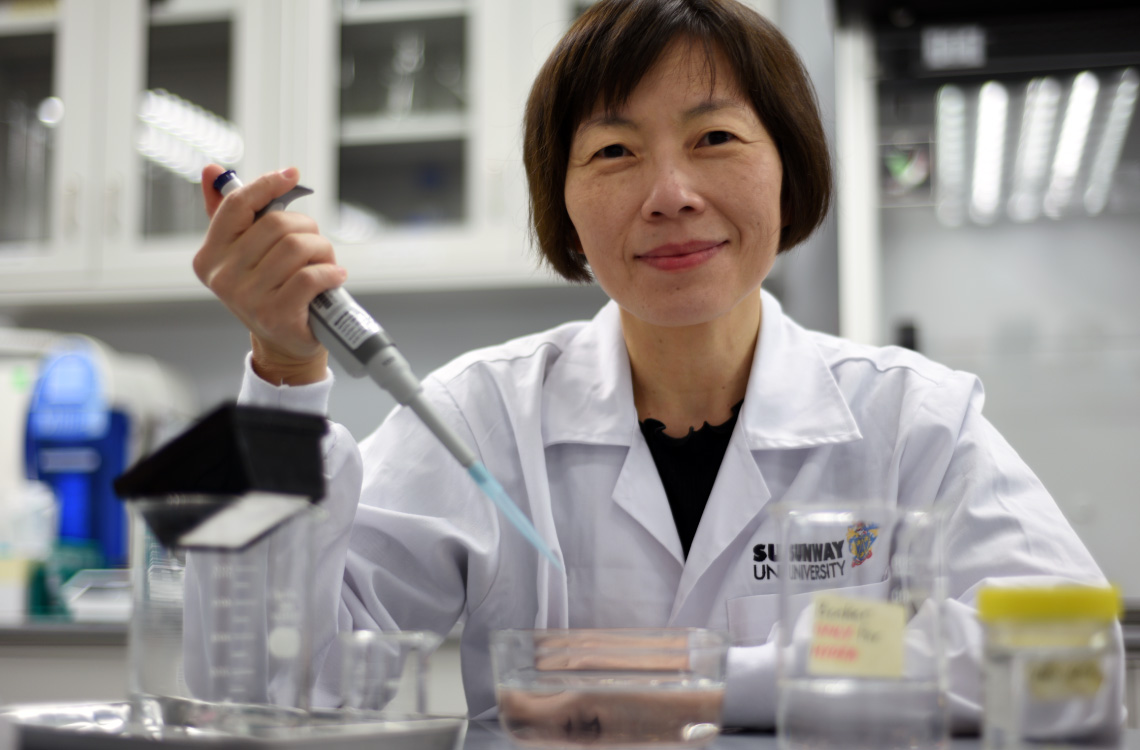 My father was a businessman. He set up a shop selling and distributing imported spare parts for cars. My mother worked with him and together, the shop became a family business. I believe my father wanted me to be like him and to assist in running the business in the future, though at that time, I never gave much thought to my future plans.

I spent my childhood reading books, attending ballet classes, and playing basketball. Most of the time, it was a typical childhood. As a teenager, I became a huge fan of Star Trek. I had dreams of being onboard the USS Enterprise as a crew member, travelling through space and collecting specimens from different planets. Unfortunately, in those dreams, I never had the privilege of sitting in the starship’s bridge alongside captain Jean-Luc Picard.

I cannot say for sure if Star Trek inspired my love for science, but I was fascinated by the technology in the series. Perhaps it did plant the seed of curiosity in me, though I believe that my devotion to biology was also influenced by the many people who have walked in and out of my life over the years.

When I left Malaysia to study abroad, I thought I would return home immediately. I was only 17 and leaving home for the first time. The homesickness I felt was stressful, painful even, and I cried frequently (not to mention excessively). I certainly did not imagine that I would instead spend the next 21 years of my life abroad. 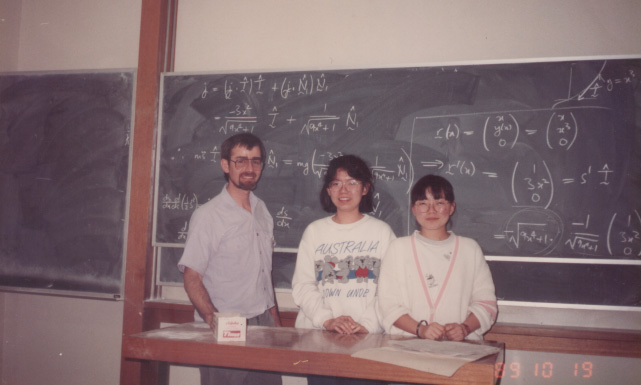 After completing year 12 in Australia, I pursued a science degree at University of Melbourne. I kept myself busy with examinations, assignments, and making new friends. I still missed home, but I was adapting well to my new environment.

In my honours year, I joined the laboratory of Professor Jim Pittard at the university’s Department of Microbiology and Immunology. Jim was one of my third-year lecturers and I had always admired him for his deep knowledge in the field and his incredible passion for research. His laboratory was relatively well funded too.

At that time, Jim was working on the fundamental process by which E. coli regulates the aromatic biosynthesis at transcriptional level. E. coli is the model organism that has resulted in many important findings in molecular biology and cell physiology. I was happy working on E. coli and I continued my doctorate in the same laboratory. It was my experience in this laboratory that set me on my career path.

I had always lacked self-confidence and it was the same when I pursued my PhD. Jim, however, showed his trust in my ability as a researcher. With his guidance and through my own belief that hard work and perseverance would pay off, I grew to be more assertive and confident in my work. I felt like I had found my calling in research.

After completing my PhD, I travelled to Japan for a postdoctoral training. With the support of Professor Akira Ishihama at the National Institute of Genetics, I received a Postdoctoral Fellowship from the Japan Society for the Promotion of Science (JSPS) to work on a project about the recombinant RNA polymerase of influenza virus for two years.

Japan presented a completely new lifestyle. I was amazed at how well-equipped and well-funded their laboratories were and impressed by how hardworking the Japanese are. I soon adapted to the Japanese work culture.

I later joined Professor Takashi Gojobori’s research team at the National Institute of Genetics and I worked with him for the next 10 years. At this point, I moved from studying the influenza virus to invertebrates. I looked at the evolution of cell lineage in invertebrates using planaria at first and then later with Hydra, an animal model for studying tissue regeneration. 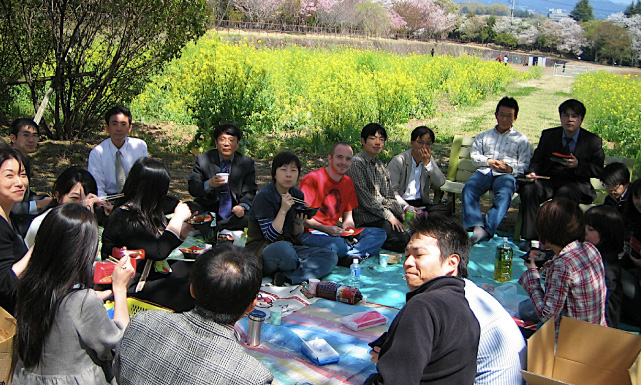 Through my work on Hydra, I encountered many passionate and generous researchers outside of Japan. One such example is Professor Charles David at Ludwig-Maximilians-Universität München, Germany. Charlie is one of the founding fathers of Hydra research and has nearly 50 years of experience in many aspects of Hydra biology, especially stem cell differentiation.

I visited Charlie in Munich in the fall of 2006. I was in Sorrento, Italy for a conference and I travelled over 1,100 km to Munich because I wanted Charlie’s help in interpreting a big set of microarray gene expression data that I had. Our work earned us a publication in the Proceedings of the National Academy of Sciences of the United States of America in the following year.

During one of our dinners, I had a long talk with Charlie. He told me about his family, his journey in becoming a professor, and his excitement for research. Looking back, the talk was timely because I was beginning to have doubts about my path. I did not show it then, but I had started to feel lost and emotionally exhausted.

In the laboratory in Japan, there were altogether 11 members: five postdoctoral researchers and six PhD students, each working on a different research topic. This diversity made it hard to have fruitful discussions on my own research with anyone. It was demotivating as I could not ask for help when my experiments did not work. We were all working in silos and I did not feel productive at all.

So, as I listened to Charlie, I was beginning to see my circumstances in a new light. Charlie had experienced his fair share of challenges and he had emerged from them successfully. Hearing his story made me realise that courage is needed to overcome frustration and fear, and that I could turn those into passion and commitment in my research. Passion and commitment are powerful enough motivating factors to move me forward and beyond my limitations.

I began to seek out researchers with interests similar to mine and that was how I met Professor Suat Özbek from Heidelberg University, Germany. We were both interested in the specialised cells (or nematocytes) of Hydra. We collaborated and subsequently published a number of papers on nematocytes.

Working with Charlie and then Suat was a fascinating and rewarding period for me. It was also a time of personal growth as I found my own feet in the field.

I finally moved back to Malaysia in 2010. My father’s business still stands, but my younger siblings are now running it. I have ventured into academia though I am still very much attached to laboratory work.

I love doing research for many reasons and I often describe it as a process that is exciting, rewarding, and full of surprises. I suppose the phrase that best describes research comes from my old, favourite television series. To quote Star Trek, research is “To boldly go where no man has gone before.”

Dr Hwang Jung Shan is Associate Professor with the School of Medical and Life Sciences of Sunway University.