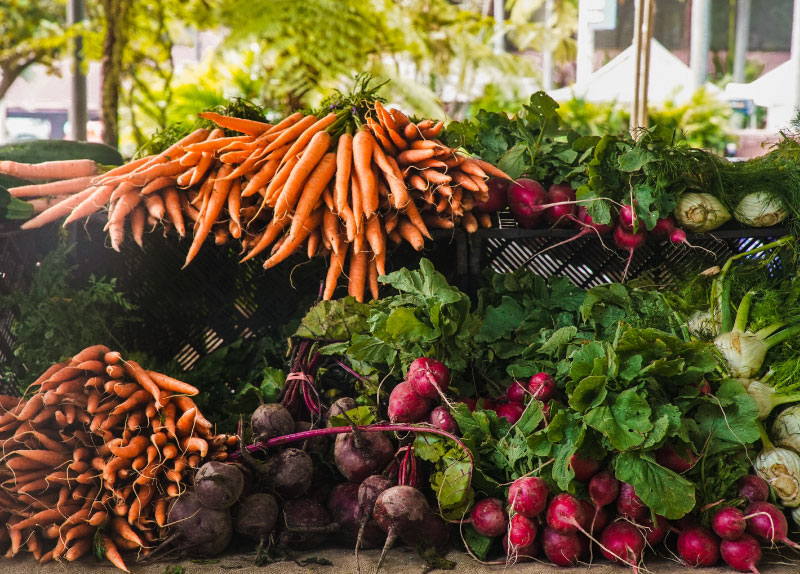 Malaysia is known throughout the world as a country rich with unique flora and fauna, and signature culinary arts. But for the urban Malaysian population, access to this cultural diversity has narrowed as a result of the easing of access to food containing high amounts of energy, fats, and sugar. Much has been highlighted about the country’s high obesity rates regarding both children and adults, that it is becoming a public health challenge which is getting a lot more difficult to combat. Chronic diseases such as high blood pressure and diabetes are alarmingly on the rise and are becoming more prevalent throughout the population. There have been increasing calls to return to a more wholesome, nutritionally sound diet which would incorporate locally sourced vegetables and fruits.

Forgotten or neglected and underutilised crop species (NUCS) are species that have fallen under the radar of mainstream research and development, which typically focuses on just a few staple crops – rice, wheat and maize. The lack of attention on NUCS means their potential value is often underestimated. This, in turn, leads to their marginalisation, reduced use, and ultimate disappearance from the market and our tables. These wild edibles tend to possess a much lower calorie and glycaemic index compared to commercially cultivated vegetables, thereby offsetting the negative effects of both malnutrition and obesity. They are micronutrient rich and very adaptable to various climate conditions, and require very little attention for them to thrive. The high-fibre content and antioxidant activity found in these plants help consumers fulfil their satiety, thus reducing unnecessary eating and preventing blood sugar spikes, while also decreasing the risk of cardiovascular disease. Studies done on traditional Malaysian vegetables show that they have higher iron, vitamin D, and calcium content, and are in many ways superior to cultivated vegetables.

Rural populations of the world are the primary consumers and agents of preservation for NUCS. This can be observed in the Orang Asli, the indigenous people in Malaysia, who to a certain degree still rely on jungle resources such as mountain rice, maize, tubers, sweet potato, ferns, herbs, vegetables, and taro for their income and sustenance. These food resources represent cultural pillars within distinct eco-cultural landscapes. They are central to livelihoods and age-old traditions that bring cultural groups together around food cultivation, production and eating.

In spite of this re-emergent knowledge, not many are keen to jump on this bandwagon and those with the means to do so would rather rely on pills and supplements to enhance their diet. The lingering lack of interest and the uninformed, poor-man stigma associated with these crops have pushed the younger generation further away, and caused many of these heritage food resources to be slowly forgotten.

An immediate problem, however, is that many of these underutilised plant species are gradually becoming extinct due to massive deforestation. With the effects of climate change becoming more ubiquitous in the world, there is a timely obligation to find plants that are resilient and can withstand the harsh changes we face, and may even provide a role in further protecting the environment. The growing unease over the matter of food security in the world is the result of a maturing realisation that the genetic base of most human caloric intake from plants is dangerously narrow. Despite being one of the twelve megadiverse countries in the world and having 15,000 species of vegetable plants available, only 300 species that are indigenous to the country have been used as food throughout this region’s history.

A concept known as “soft survival” is slowly starting to find appreciation, in which there is a recognition that indigenous people (the Orang Asli) are the gatekeepers of traditional knowledge encompassing foraging, cooking, and living harmoniously with the environment to outlast the harsh conditions of an urbanised society. The diversity observed in wild edibles and food supplies embodies the base of heterogeneity that is needed to negate the deleterious effects

brought about by commercial food, reducing hidden hunger issues and imparting nutrients, taste, and texture frequently absent from repetitive carb-rich diets typical of altered diets. Many universally beneficial opportunities exist for these NUCS plants to impart a nutrient-rich diet to support holistic health among the urban populations, and to ease the dietary transitions that many around the world may experience in the 21st century. Given the common threads linking food, health, and environmental well-being in traditional and urban societies, there is no better time than now to remember and restore indigenous plants.

Originally published in The Edge, March 2019