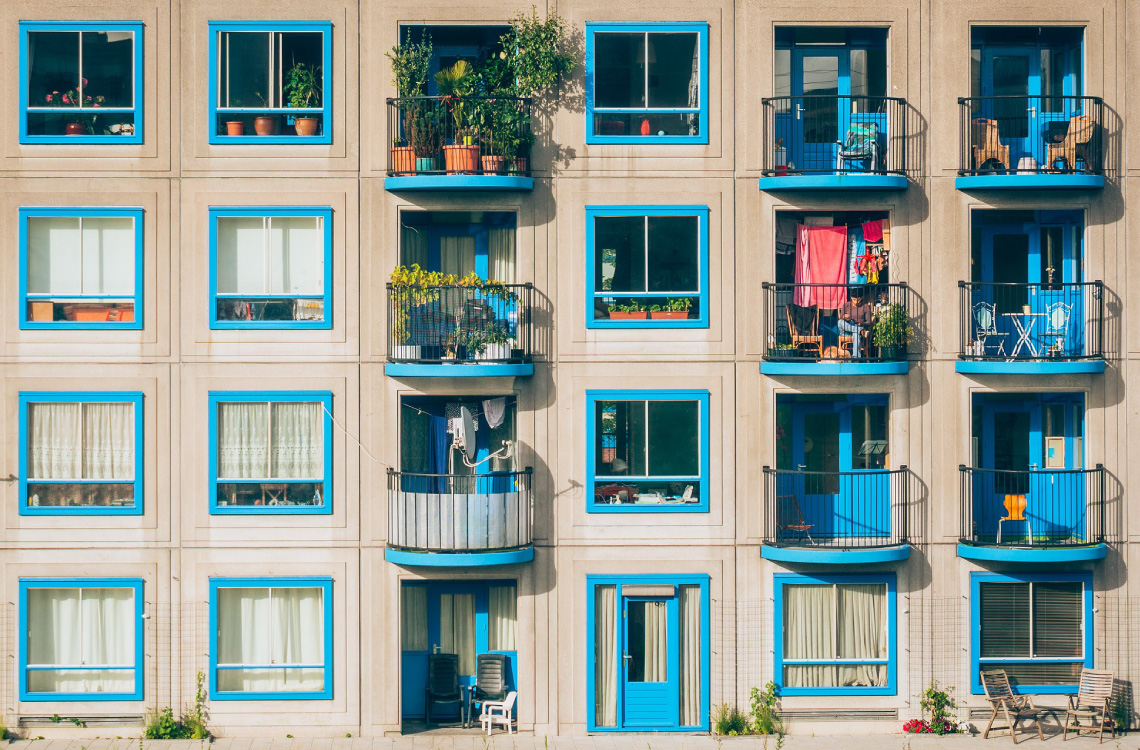 Housing affordability has become a main concern in major cities especially those in developing countries. While the yardstick of affordability varies by country, housing affordability is defined as the ability to own a residential property or house that fulfils basic living needs in terms of cost, quality, and location.

According to the Central Bank of Malaysia, a house is considered affordable if its cost does not exceed 30% of an individual’s gross income. The price-to-income ratio should not exceed 3.0, but from 2014 onwards, the range of the ratio is 4.0–4.4. Unsurprisingly, a 2019 report by Khazanah Research Institute asserted that houses in the country are “seriously unaffordable”.

Furthermore, many households reportedly have debt levels of over 85%. Tied to their various financial commitments, most Malaysians are unable to own a home.

Data from the Ministry of Finance, Malaysia showed that from 1981 to 2019, the growth of house price index is proportional to the growth of personal disposable income of the average Malaysian. However, personal disposable income grew slower than anticipated compared to house price index. This slower growth is further exacerbated by the substantial increase in inflation rate. 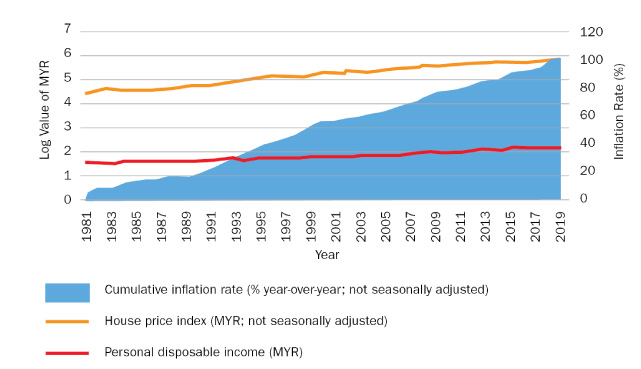 The continual increase of housing prices have dampened the housing sector and have an adverse impact on middle- and low-income earners. The Department of Statistics, Malaysia highlighted that the median monthly income of middle- and low-income earners, based on an average household size of four persons, are RM 6,275 and RM 3,000, respectively. The mean monthly income are RM 6,502 and RM 2,848, respectively.

The Malaysian government consistently assures the public that it is trying to fulfil the growing demand for affordable homes that cost below RM 300,000. However, findings have shown this demand to be 48% whereas the supply only 28%. The disparity is a result of many affordable housing projects being abandoned by private developers.

I found that the increase in material and labour costs contribute to increasing housing prices. Construction materials and property transactions are not exempted from the government’s sales and service tax.

Housing affordability is also affected by the price competition between existing and new housing projects. The demand for existing houses (either for purchase or rent) is higher compared to newly built houses for several reasons. Existing houses are usually cheaper and ready for occupancy, with some built fully furnished. Owners of existing houses are also more flexible in terms of house prices with potential buyers. All these have put a lot of pressure on developers, especially the small-scale ones.

Location plays a major role in determining housing prices. If the location has facilities such as a university, a theme park, or retail outlets, housing prices tend to be significantly higher in line with the socio-economic status of interested buyers. If the location is far from town, prices may be cheaper but the area’s underdevelopment may not be as appealing to buyers.

Moreover, rapid urbanisation has resulted in demographic migration and expansion. The World Bank reported a steady rise in Malaysians living in urban areas, from 20%–30% in 1960 to 75.44% in 2015. This increase has led to a growing demand for residential properties, which in turn pushed up housing prices.

Middle- and low-income earners are the most affected by increases in housing prices. To make houses affordable for these groups in Malaysia, property developers could consider using simpler and cheaper construction methods, such as the industrialised building system where materials are prefabricated. Developers could also use local materials instead of imported ones.

On the government level, tax regulations should be reviewed continually. The government could also incentivise and form partnerships with private developers to build more affordable housing projects, particularly in desirable locations near the city centre or that are linked to public transportation. In some countries, property crowdfunding—where interested investors help fund housing purchases—has proven to be viable and could work in Malaysia.

The housing market has always been a key economic sector of Malaysia. As the population grows, it is imperative for the country to have enough affordable houses. To be a developed country, Malaysia needs to consistently record positive economic growth especially in the property sector. To achieve this, a special blueprint or mechanism by the government (and supported by the private sector) is needed to provide equal opportunity of affordable housing for everyone.