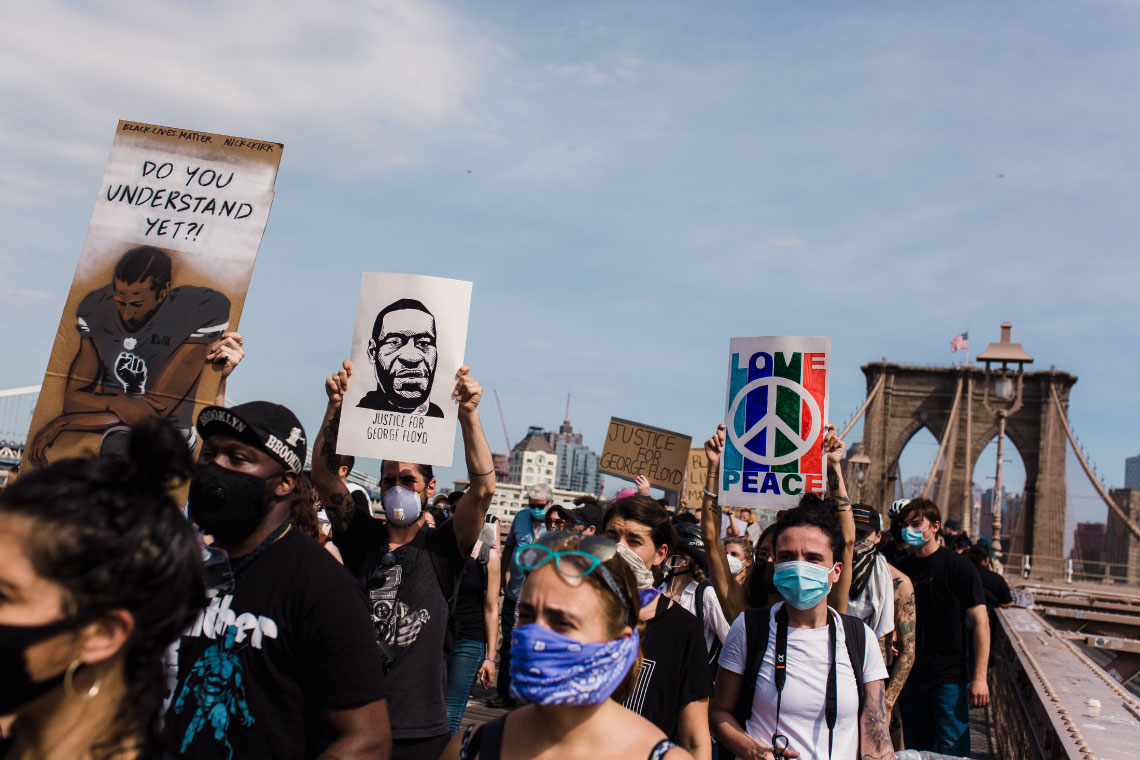 Something more sinister than COVID-19 is hiding unnoticed. For the past five months, the world has witnessed and experienced in awe and fear the unfolding of COVID-19 from one epicentre to another—from Asia to Europe to North America and now South America. To date, the coronavirus has infected almost 7 million people worldwide and brought about 400,000 deaths.

On May 25th, something else caught the world’s attention: the horrific killing of George Floyd, an unarmed black man in Minnesota, United States (US), whose throat was fatally constricted by a white policeman’s knee. His death and its circumstances have sparked nationwide anger, leading to the worst civil unrest across the US in decades.

Floyd’s death initially ignited peaceful demonstrations, but they were soon hijacked by opportunists who incited violence on community properties and people. The terror levels varied across the 5000-km swathe of land with looting, torching of vehicles, burning of police precincts, malls, and shops. Ultimately, the riots led to at least 40 cities across 21 states instituting curfews.

The rest of the world watch the catastrophe unfold in utter disbelief, and join in solidarity as demonstrations spread worldwide from New Zealand to Brazil. The unrest beset the US simultaneously with the COVID-19 pandemic, which has claimed more than 100,000 lives and caused 36 million Americans to be unemployed, the worst unemployment crisis since the Great Depression. Racism, pandemic and unemployment all are high-cost items and a combustible mixture.

As spectators to this event, we realise very well that the issue underlying this fury is racism. This issue has spotlighted systemic and institutionalised racism that has been plaguing the US for decades, if not centuries.

Racism is a sensitive issue in Malaysia. The late political leader Syed al-Attas argued in his book that racism is the direct consequence of colonialism. Some have also argued that our social and economic policies, which embody racial preferences since the 1970s, contributed to racial disparity today. Our institutions should be rid of racial bias and work towards casting needs-based, instead of race-based, priorities to ensure all Malaysians have their fair share of the country’s economic prosperity.

The uprooting of racism needs to start from all of us; we need to forge alliances to overcome our differences. As Michelle Obama beautifully stated, the fight against racism begins with reflecting on ourselves and listening to those different from us and ends with empathy. Education is key and the school system can be a crucial tool in planting the seed of racial awareness. Subsequently, all other aspects will follow in bringing racial harmony.

Punitive actions need to be taken against those who instigate racial sentiments regardless of their societal status or political affiliations. When responsible authorities act sternly against those who incite anger among the races, they send a strong message that racial bigotry has no place in our society. Racism has to be stemmed from the bud to prevent its escalation and the sowing of hatred towards each other.

As Malaysia is a multiracial and multi-religious country, fighting against racism will not be an easy task but we can overcome our differences with collective effort from all quarters. After all, we all bleed the same colour.