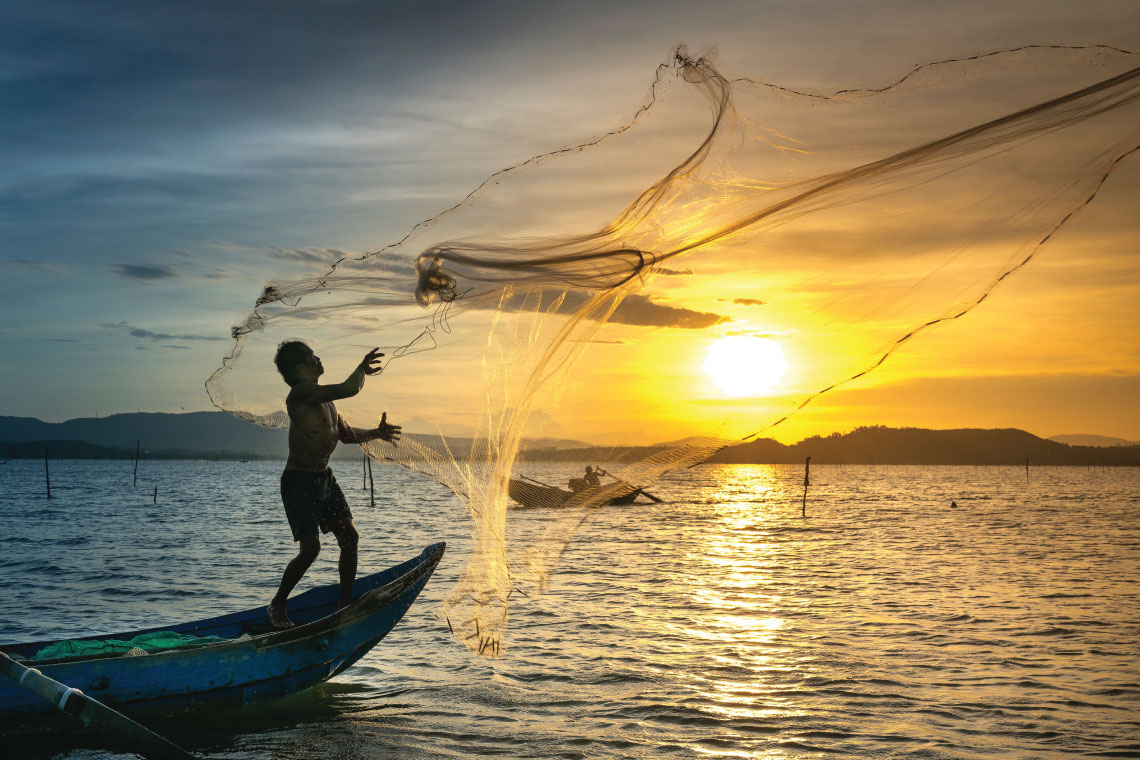 Fishing villages along the east and west coasts of Peninsular Malaysia with predominantly Malay or Chinese communities can attract tourists for several reasons. One is their location

and another is the unique lifestyle and the products they offer. When such villages were thriving, the fishermen were able to offer an abundance of fresh fish and dried seafood. On the west coast, these include Kuala Sangga, Kuala Sepetang, Pulau Pangkor, Lumut, Sekinchan, Pulau Ketam and Sungai Lima.

However, many are now less productive because of issues that include succession, licensing and urban relocation. It is possible that the traditional practices of the fishing communities, such as making fishing nets, building boats and processing dried seafood, may gradually be lost.

Take Sungai Lima in Pulau Ketam, for example. The formerly bustling village was once one of the main suppliers of dried shrimp and ‘belacan’ in the country. Now, however, production is shrinking as many villagers have migrated to the cities and the population is dwindling every year.

The industry is also facing a succession crisis as the youths prefer to work in urban areas rather than remain in the village. Thus, seafood production and fishing-related crafts are not being passed on to the next generation. The lifestyle and culture, including food consumption patterns and living spaces, have also been significantly affected.

As a tourism researcher, I believe that the diminishing of the fishing village culture and practices will bring negative consequences. Take culture and craftsmanship, for example — their loss will be irreversible. They are different from buildings or artefacts that can be reconstructed if broken.

To sustain the culture and crafts, tourism plays a vital role. The government and its agencies should work with the local communities to turn the fishing villages into tourism destinations.

In Hong Kong, the government has taken constructive steps in this regard. Cheong Chau, Tai O, Lamma Island and Aberdeen are some of the famous fishing villages there. Although not as lively as they were in the past, these villages are a must-see on the tourist itinerary and attract local and international tourists.

Tourists can understand the stories of these villages and appreciate their history. The younger generation is encouraged to appreciate a township’s history, which will help instil patriotism.

In Cheong Chau, the authorities have creatively made use of the Bun Festival as a platform to promote the village, and it has now become an annual cultural celebration.

The village is famous around the world and attracts large numbers of local and international tourists. Efforts are ongoing to revive the economy and sustain the culture and crafts of the community.

Apart from our local authorities, Malaysians are also stakeholders who responsible for the development of domestic tourism. For instance, we can go to these tranquil villages during our holidays and stay a couple of nights. They offer beautiful scenery, and wonderful sunrises and sunsets. You can experience the daily routine of the fisherfolk or check out the cottage industries such as processing of seafood. The money spent on food, accommodation and souvenirs will boost the economy and create job opportunities for the villagers. It may also help stem the migration of locals to the cities.

From an educational perspective, young tourists will get to see how seafood is caught and processed, and learn the importance of cultural conservation.

As Malaysia moves towards becoming a developed country, conserving and sustaining our unique cultures is critical. We should be proud of who we are and tell the world about it. More importantly, as Malaysians, we should support domestic tourism.