To develop an effective vaccine against dengue, we need to first understand the limitations of existing vaccines and how to overcome them. 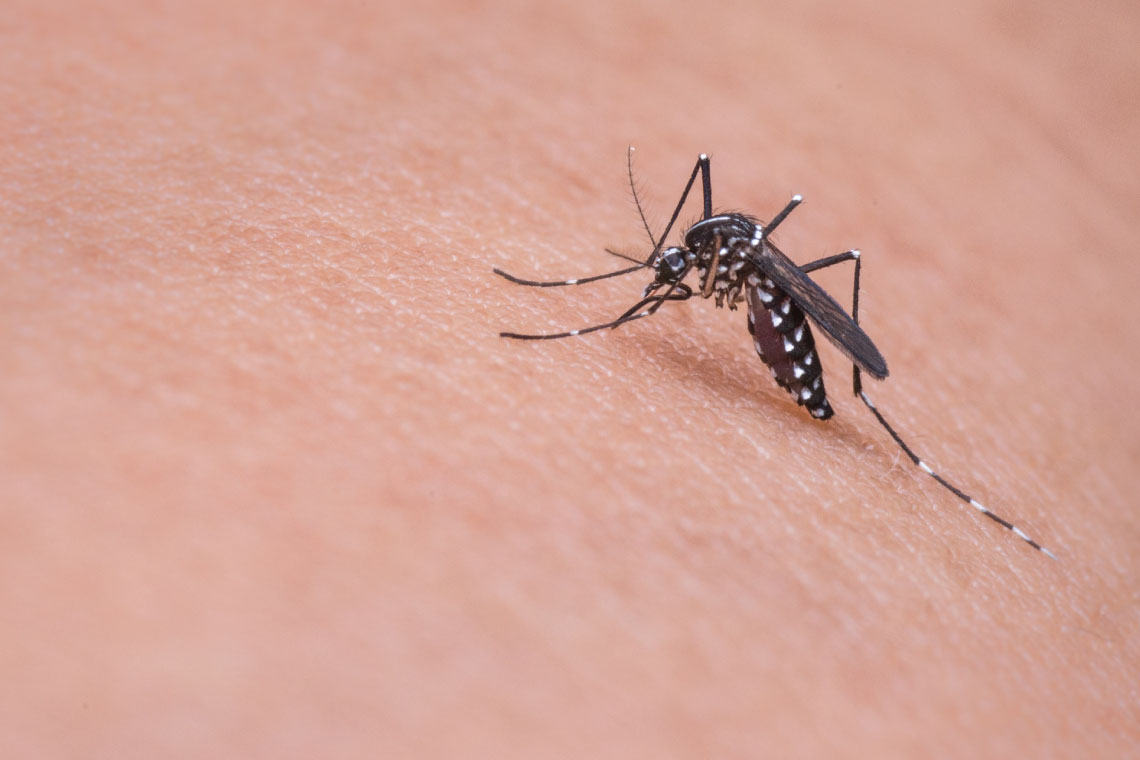 Dengue is a viral disease many of us, particularly in Asia, are familiar with. After all, more than 40% of the world’s population live in endemic areas.

Statistics show that dengue cases have multiplied eight folds within the past 20 years, causing up to 390 million infections per year globally. Malaysia alone recorded more than 82,000 dengue cases and 171 dengue-related deaths in 2017.

Despite the prevalence of dengue, there is still no effective vaccine against it. This is mostly because the dengue virus has four serotypes — DEN-1, DEN-2, DEN-3 and DEN-4.

According to Professor Poh Chit Laa who heads the Centre for Virus and Vaccine Research, an effective vaccine must be able to prevent all dengue serotypes from infecting the body.

“If you have been infected by one serotype and subsequently get infected by another, the pre-existing antibodies in the body from the first infection are not able to recognise and neutralise the new serotype.”

The antibodies could instead increase the severity of dengue and may result in severe haemorrhagic fever, possibly leading to dengue shock syndrome and death. This is known as the antibody enhancement effect.

There is also the issue of T-cell immunity or “antigenic sin theory”. In this instance, the body’s T-cells respond to the first infection but are unable to effectively recognise and act on the second infection from a different serotype.

In addition, Dengvaxia is effective only for patients aged 9 to 45. The Philippines government vaccinated children below nine years of age when they first administered the vaccine in the country. As a result, 14 children died and the vaccine was subsequently suspended in the country.

“Any novel vaccine must be effective for different groups of people.”

Professor Poh commented that two live-attenuated vaccines currently undergoing clinical trials — DENVax by Takeda and TV003 by the US National Institutes of Health — demonstrated good seroconversion (the time rate for antibodies against dengue to become detectable in the body).

“However, their good seroconversion is only for certain serotypes or particular groups of people. Their vaccine efficacy and genetic stability have also not been tested yet in the Asian population.”

At the Centre for Virus and Vaccine Research, there is a beehive of research activities to develop live-attenuated and synthetic peptide vaccines as well as antiviral drugs and antiviral peptides.

For the development of a novel live-attenuated vaccine, Professor Poh says that the molecular determinants (or genes) of virulence in a virus genome need to be identified so that they can be replaced with more beneficial mutations through site-directed mutagenesis.

In this manner, the viral load of the mutated virus can be kept at low levels that are no longer harmful to the body. Instead, they serve as antigens to elicit antibodies against the virus itself and stimulate cellular immunity to produce cytotoxic CD8+ T-cells.

In addition to preventing dengue, Professor Poh and her team are also researching on ways to treat dengue more effectively. They are attempting to produce an antiviral peptide that is chemically stable to protease (or gastric) digestion. If successful, the antiviral peptide can then be administered orally. The next phase is to look at how the peptide can enter into our cells with the help of nanoparticles or cell-penetrating peptides.

The team is also concerned with production costs as the higher the number of amino acids in the peptide, the higher the cost. Since the peptide comprises several amino acids, they are working on producing a truncated peptide with fewer amino acids just to see if it could still be as active as the parent antiviral peptide.

“By reducing the number of amino acids in the peptide, the cost of manufacturing will also be reduced when the product is eventually commercialised.”

Professor Poh hopes to collaborate with more local biotechnology companies to jointly evaluate and manufacture antiviral peptides and vaccines. In the long run, it might even be possible to make peptide drinks that patients can consume to treat dengue infections.

“We want to produce vaccines and antiviral peptides that can be consumed orally and are also commercially viable.”

"Not only that, the team aims to one day produce the first synthetic peptide vaccine or live-attenuated vaccine against dengue. Research has been promising so far."