To create a workplace culture that is truly inclusive, we start by listening and valuing the opinions of everyone. 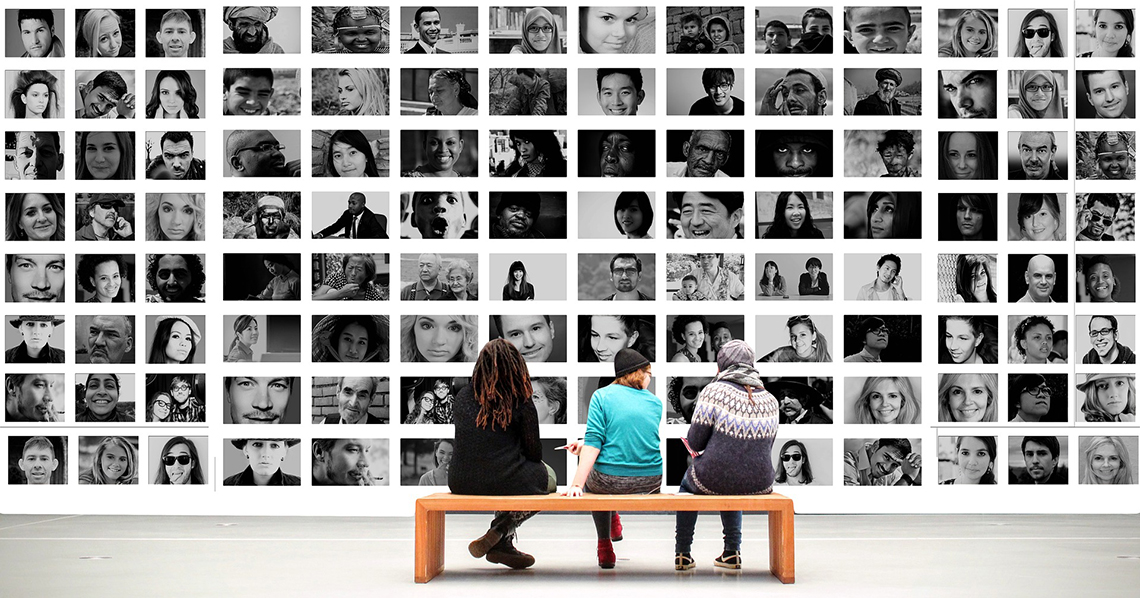 Professor Yuka Fujimoto lived in Japan until she was 12, and then continued her schooling in Malaysia. By age 16, she moved to Australia and found herself as one of the few Asian students in her grade at a high school in the countryside of Toowoomba. “People didn’t understand why I ate rice,” she laughs at the memory. “And black hair was something new to them.”

This memory, among other instances of being simultaneously surrounded and challenged by diverse cultural backgrounds, spurred her to conduct research in the field of workplace diversity and inclusion. Her goal? Helping organisations understand their roles in creating a more inclusive workplace — and by extension society — for everyone regardless of identity and demographic background.

Diversity is more than being physically different from your peers. It is knowing that your perspectives and needs can be different from that of mainstream workplace and society. This is especially so for members of the underprivileged or marginalised community who might not subscribe to a mainstream lifestyle.

Being on the lower echelon of the corporate ladder, it is easy for these members to find themselves in a low power status. When broken down, Power refers to one’s access to and control over resources whereas Status refers to relationships of deference or honour between groups. Receiving less honour, respect and access to valuable resources or even fair employment practices, they might be treated as just another cog for business.

While there are efforts to promote workplace inclusiveness, research shows that current diversity training programmes lack proper communication across the corporate hierarchy and do not always result in desired changes in employees. These programmes also tend to be one-off seminars and are often not attended by employees who need diversity training the most.

According to Professor Fujimoto, true inclusion means that organisations must be more intentional in involving low power status employees to make joint decisions for the organisation.

“Let’s not just gather them and hear from them, but let them participate with the mainstream.”

The typical decision-making process in any organisation follows a top-down approach where only upper management members make key decisions. However, this method usually sidelines the perspectives of low power status employees, inhibiting healthy communication between employer and employee.

As such, she conceptualised the Organisational Diversity Learning Framework to create more inclusive, cross-sectional conversations and overcome the shortcomings of diversity training programmes.

Based on her framework, employees — regardless of one’s title or role — get together to discuss topics that affect the whole organisation. This way, those who are least represented in the organisation will have contributed as much as those in higher positions or who are part of the mainstream workforce.

What happens in this process is a breaking down of walls in behavioural, cognitive and attitudinal domains. Everyone gets a say in the conversation and is exposed to each other’s viewpoints, perspectives and attitudes.

Employees who do not usually interact are made to actively listen to one another, nurturing a form of behavioural learning that invites them to interact with different social groups more frequently and to be more attentive and inclusive of their colleagues’ perspectives, feelings and attitudes.

Why take everyone’s opinion into account? How does that benefit an organisation? Professor Fujimoto found that by including people from marginalised backgrounds, organisations would be exposed to new ideas and fresh perspectives on how to further develop their businesses. Quite simply, businesses thrive where diversity is present and accepted.

Employees on the lowest rung of the ladder will also develop a greater sense of belonging to the organisation, higher self-esteem and sense of importance. These positive feelings will help advance their career, which in turn contributes again to organisational improvement.

“It’s the start of a healthy cycle. A win-win situation for everyone.”

Imagine having factory workers and sales managers or department directors interact with each other to solve an organisational problem together; something as pivotal as new product development.

She believes that organisations and businesses need to deal with the pressing issue of the widening of the gap between the poor and rich. The key lies in moving away from pure capitalism to inclusive capitalism. This is not an either-or situation; organisations can be profitable while being inclusive.

Scandinavian countries are prime examples of how inclusive practices benefit the economy. These countries adopt nationwide norms and practices in promoting social equality for refugees and those with mental illnesses and physical disabilities in particular. Organisations are supported by such norms and simultaneously act on inclusion practices.

Scandinavian countries top the list of most inclusive economies in a 2017 study by World Economic Forum. Norway in particular, is ranked number one and has a gross domestic product (GDP) per capita of US$89,741 — well above the average GDP of US$44,656 reported for 30 other advanced economies. Professor Fujimoto believes we can emulate the practices adopted in this small country of only five million people.

Governments can only do so much to instate policies. It is practitioners who have the power to make positive changes to their decision-making policies. They can start by emphasising workplace diversity and facilitating more inclusive learning activities.

These learning efforts represent a crucial channel for lessening intergroup discriminations and increasing workplace inclusion of minority groups by providing equal decision-making opportunities to all employees. Diversity learning research will need to continue making trajectories to maximise employees’ learning about the perspectives of others in ways that are free from social categorisations, prejudices and stereotypes.