Examining male undergraduate consumer culture and trade in the famous University town during the 19th century. 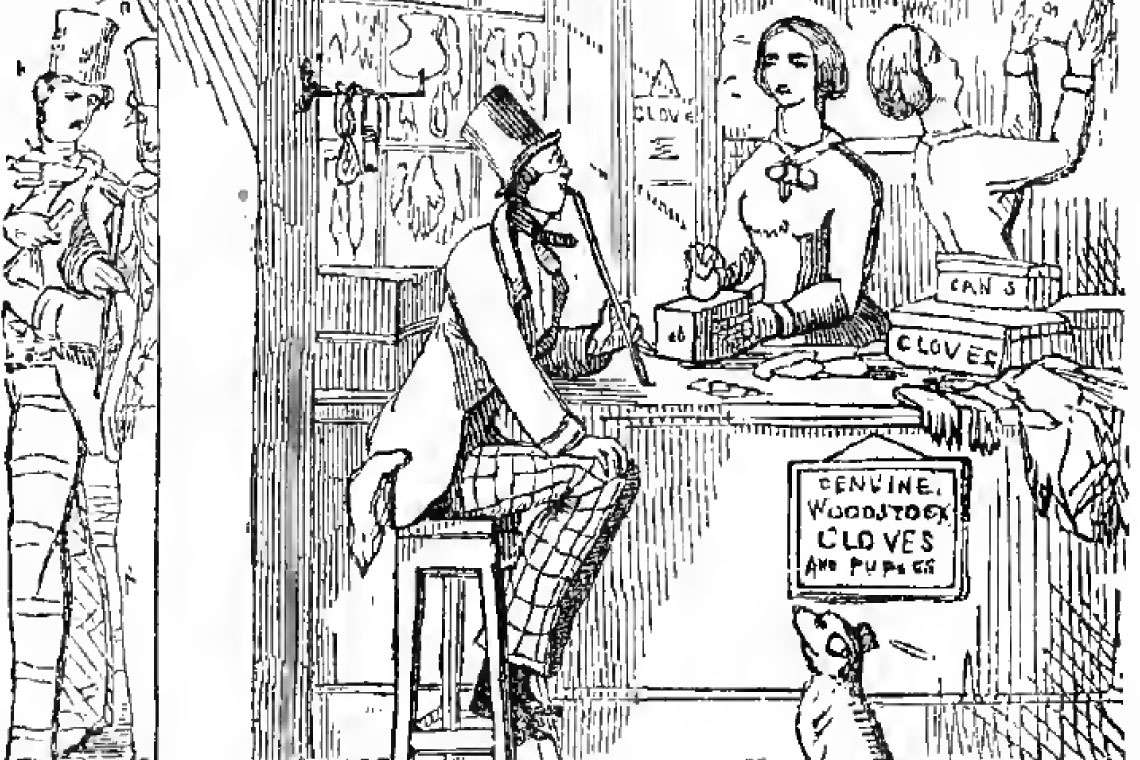 In 1877, then student at Magdalen College, Oscar Wilde was twice summoned by the University of Oxford proctors to appear before the University Court concerning a £30 debt involving fashionable goods. Wilde had ordered a felt hat, a superior suit and silk scarves from Joseph Muir, tailor and shoemaker of 34 High Street, as well as a gold collar stud and a sword and belt from George Ormond, jeweller of 118 St Aldate’s.

Unpaid debts incurred by some male undergraduates at Oxford such as Wilde’s were not uncommon and in fact, increased dramatically from the 1830s onwards. Such purchases suggest a craze for possessing, consuming and shopping for goods and were related to fashion trends and social pressures that are worth investigating.

Undergraduates from Oxford represented a particular group in British society that had its own characteristics. Students were part of the elite. They were bachelors and had neither yet undertaken any patriarchal duties nor confined to exclusively masculine tasks such as ruling the household and acting as “breadwinners”.

They had no employment but lived off annual allowances from their families ranging from a hundred to several hundred pounds or, in some cases, studentships. They participated fully in the economic life of the University town by becoming customers; often compulsive consumers as numerous bankruptcy court cases suggest.

Students aimed to position themselves in their community by trying to look like their peers, displaying the signs and habits of the upper classes while also expressing their own particular tastes and extravagance. They grew into future adult roles by managing their private interests and public image as well as developing a consumer experience with majority of them becoming prudent economic agents.

Professor Chaouche’s recent research looks at juvenile agency, concentrating on the minority of undergraduates who ran into debt.

She reconstructs the different paths undertaken by young men, from their first steps into consumption to spending on a routine basis. She shows how a male consumer culture developed intertwining not only with the rise of competition between tradesmen, but also with the University reforms which, in the second part of the 19th century, allowed more students to live outside college.

She illuminates the connections between student consumption, University reforms, the city’s growth and the development of trade. Whereas discipline and abstention were promulgated by the University’s philosophy and rules, students' social habits and urban life inhibited thrift. The proliferation of shops over the century and the prominence of local networks made Oxford an emporium of fancy commodities for students. In this sense, Oxford’s retail environment was a strong incentive for students to overspend.

She also explains how tradesmen put in place marketing strategies, aggressive sales techniques and specific services to attract new students. “Touting freshmen” was a way for tradesmen to increase impulse purchases, gain the loyalty of their young customers and channel student demand.

Some undergraduates overspent, like Edward Nappleton Jennings who had a £1,865 debt. His case represents for instance the epitome of a phenomenon which was partly linked to commercial rivalries and reveals the tensions which arose over the years opposing tradesmen, students and colleges. Tradesmen responded to the bad publicity their practices received while colleges refrained from interfering in their students’ consumption, adopting a laissez-faire policy.

As Professor Chaouche points out, the development of market relationships and the methods of payment offered by tradesmen to undergraduate customers were also important. In 19th-century Oxford, long-term credit, much preferred by merchants, played a major role in the local economy. Purchasing facilities impacted on demand and encouraged excesses in consumption. They were used as a facility by many students and as a result, accelerated insolvency.

Adolescents have been somewhat neglected in historians’ accounts of the social construction of masculinity, despite the fact that young men were active consumers in using the world of goods to create a specific self. Professor Chaouche therefore focuses on this aspect in the context of youthful consumption, especially with regards to what being a “fast man” meant in undergraduate culture and what the “mask of masculinity” consisted of among students.

She provides an insight into the material world of underage students and analyses forms and modes of male consumerism. The study of the goods which were purchased leads her to argue that the concept of “gendered consumption” should be nuanced as students had indeed “masculine” and “feminine” tastes.

In conclusion, Professor Chaouche’s study shows how some boys of the Victorian era who were to become adults and married men, became within a few years materialistic and consumerist and thus experienced — long before their wives — the pleasure and in some cases, the “addiction” of shopping.

Image from The Adventures of Mr Verdant Green by Cuthbert Bede