High human impact, a critical lack of knowledge and too few conservation efforts threaten the future of Asian bears 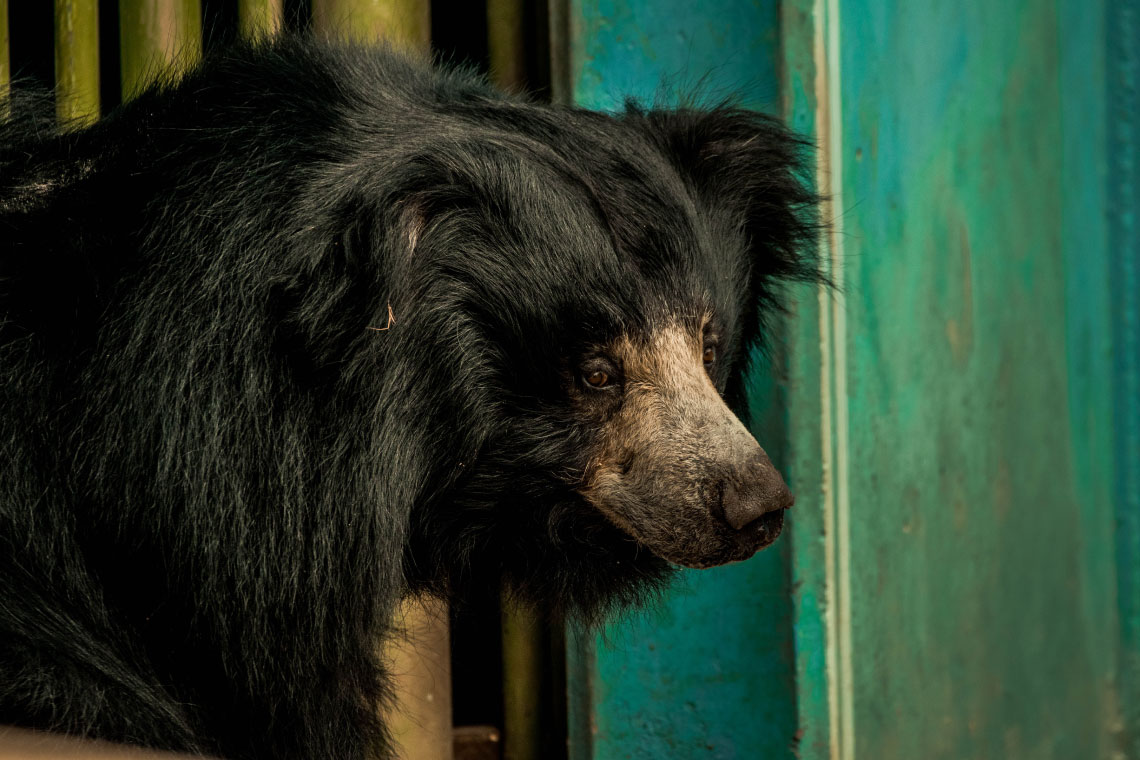 Few species evoke as much fascination, amusement and attraction as do bears. Through much of our history, bears have held a special significance—from the comforting presence of a child’s teddy bear to symbols of power, protection and untamed nature in modern societies and countless indigenous cultures.

Bears belong to Order Carnivora, a group of mammals with a flesh-eating ancestry. Not all modern carnivores, however, are committed flesh eaters. This very diverse group, which includes civets, otters, tigers and jackals to name a few, has species that also include insect or vegetable matter in their diets.

Peninsular Malaysia contains possibly the greatest number of native Carnivora species in tropical Southeast Asia, and more than half are globally threatened or near-threatened. In fact, many carnivore populations across the globe are threatened.

Why are carnivores threatened with extinction? Species like bears, tigers and leopards are prime targets for poachers seeking valuable body parts or trophies. Compared to the population sizes of species that feed on plants, carnivores are fewer in number and reproduce slowly and hence, recover slowly from population decline.

My colleagues and I analysed data on different species of carnivores across Peninsular Malaysia, using records spanning 1948–2014 to identify hotspots with high concentrations of threatened carnivores. We found two hotspots that overlapped with two of the peninsula’s largest forest blocks: Taman Negara and Belum-Temenggor.

Even more interesting was the scarcity of reports of those same species in Selangor and adjacent Pahang, where greater numbers of people live and where patches of forests are smaller and more fragmented. These findings suggest that bears and many other carnivores do not persist in areas where forests have been depleted and the landscape greatly altered.

My research interests are mainly on the behaviour and ecology of wild carnivores and how they respond to habitat loss. Why do many carnivores, including bears, not survive in altered habitats or where human densities are high? The answers to this may be a combination of factors.

Altered habitats could mean that an agricultural or urban landscape has reduced a once large forest into several smaller patches. Conflicts with humans increase because carnivores raid crops and livestock to survive, and because the opportunities to do so increase.

Altered habitats could also mean more roads and other types of human infrastructure, which in turn imply easier access for poachers and the greater risk of wild animals being hit by vehicles.

I have worked with carnivores for many years, especially two species of tropical Asian bears—sloth bears and sun bears. They are the least studied of all the bear species and more research is needed to guide their management.

Bears are sensitive to habitat loss and overhunting, and tropical bears of Asia are among the most threatened of the world’s bears. Few environments in the world experience as much pressure from growing human populations and rapid economic development as tropical Asia.

Sloth bears (Melursus ursinus) are found in the typically dry or semiarid forests of the Indian subcontinent. They spend most of their time foraging on the ground for termites, which are an important part of their diet. These bears are specially adapted for breaking into hard termite mounds and feeding on termites using suction.

Generally secretive and associated with forests remote from settlements, sloth bears have a fearsome reputation among rural people with the highest number of reported attacks on humans of any bear species. Although now legally protected, their tendency for aggression makes sloth bears prone to persecution and retaliatory killing.

My team and I conducted the first focused study on sloth bears in Sri Lanka. The north and east regions of Sri Lanka had been closed to the public for over 25 years due to the civil war which ended in 2009. In 2004, a temporary ceasefire allowed us to gain access to these regions with the help of the Sri Lankan military and permission from Tamil guerrillas.

Conducting ground surveys for bears was not feasible as forests were mined, but we collected data by interviewing local villagers and hunters. This allowed us to construct a model that could predict likely habitat for sloth bears given particular landscape conditions. We recently applied this model using contemporary land-use data to see whether and where sloth bear distribution had changed since the early 2000s.

At the moment, I am working with my students on the Malayan sun bear (Helarctos malayanus), the smallest of the world’s bear species. Sun bears inhabit the warm, humid rainforests of Southeast Asia, including Borneo and Sumatra. Unlike sloth bears, sun bears are highly arboreal.

They are expert climbers with strong powerful claws capable of ripping into tree trunks to reach hives of stingless bees. They have a very long tongue for a bear, which perhaps helps to reach into crevices of excavated nests to get at the honey and protein-rich larvae. Trees afford safe refuge from predators, which is probably why sun bears rarely attack people and generally flee in threatening situations.

Genetic samples are important as they can tell us if a population of sun bears is isolated or connected with other sun bear populations. Isolation increases the chances that bears will disappear altogether at a given site. The remedy is to establish and protect suitable movement corridors.

We are also investigating how sun bears use natural and commercial forests to better understand the kinds of habitats that bears need for survival or dispersal.

Despite all research efforts, however, wildlife populations in Asia will continue to decline unless there is a major shift in how governments and the public perceive ecosystem health as a crucial part of our economic growth. The lives of bears and humans are more closely linked than we realise. Forests are crucial for bears to survive. Those same forests regulate climate and provide us with clean water, clean air and many other benefits we take for granted.

The International Union for the Conservation of Nature listed sloth bears and sun bears as “Vulnerable” to extinction more than a decade ago, citing forest loss, poaching and conflict with humans as the main threats to these species. Nevertheless, Malaysia reportedly had the highest rate of forest loss of any nation between 2000 and 2012, despite decades of growing international concern about the conversion of rainforests to oil palm in Southeast Asia.

In Sri Lanka, occupied sloth bear habitat has declined by 8% since the early 2000s, and range loss is mainly on the periphery of “protected areas” reflecting human encroachment into habitat intended for wildlife.

Possibly more insidious and harder to control is the extent of poaching and illicit traffic in wildlife body parts in Southeast Asia. A 2016 TRAFFIC report ranked Malaysia fourth in the illegal trade of bear paws and bear gall bladders, both of which have high commercial value in Asian cuisine and traditional Chinese medicine.

Poaching for meat and valuable body parts is a menace to wildlife in Southeast Asia. Bears and other threatened species lose lives and limbs in snares set by poachers.

Recently, methods have been developed to identify where threats of poaching might be greatest and to quantify the effects of poaching on wildlife distributions. Whether these will improve capacity to effectively combat poaching on the ground will need commitment and coordinated efforts by governments and conservation organisations. For some species, it will be too little too late.

In tropical Asia, we have suspected for decades that carnivore populations were declining, yet there is a critical lack of knowledge of population sizes, population growth trajectories and local threats to most of these species. There is also a critical lack of capacity, coordination and political will to protect wildlife habitats and curb the illegal harvest of wildlife.

Our knowledge about bears and other wildlife needs to improve, but so must on-the-ground conservation efforts. In Western Europe and North America, bear populations have expanded as a result of science-based management, public support and effective policies. To me, this signifies hope and proof that economic growth and bear conservation are not necessarily at odds with one another.