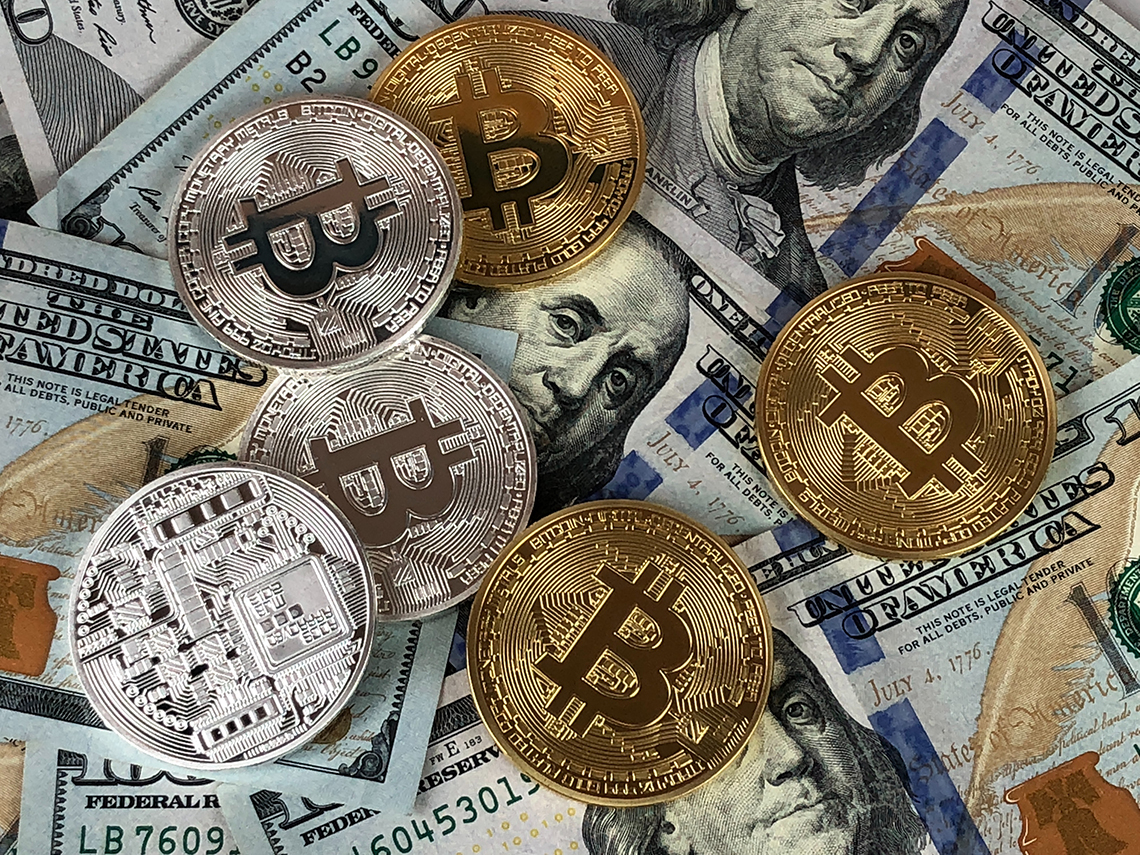 Cryptocurrencies or digital coins are increasingly used as a primary means of buying goods and services. According to CoinMarketCap.com, there were 1,375 different digital coins as of December 2017. The leading cryptocurrencies are bitcoin, ripple and ethereum. A digital coin does not take any physical form, and it is neither issued nor regulated by a central bank. Instead, it is created through a computer-generated process known as mining.

Digital coins may be purchased from exchanges such as eToro, CryptoGo and coinbase with credit card, PayPal, cash or bank transfers. The coins are stored in wallets (e.g. Bitcoin Core Wallet, MyEtherWallet, etc.) on media platforms such as the web, mobile, desktop, hardware and even in paper form. The wallet’s private key is an alphanumeric password used to transfer digital coins to another wallet. Of all wallet types, the multisignature wallet is considered as the most secure as its transaction will require multiple private key signatures.

All cryptocurrency transactions are recorded in a blockchain, which is a digitised and decentralised public ledger consisting of a chronological list of “completed” blocks (i.e. records of the most recent transactions). Digital currency transactions can therefore be tracked by market participants without central recordkeeping. With the underlying distributed ledger technology, each node (a computer connected to the blockchain network) gets an identical copy of the blockchain, which is updated and downloaded automatically. Although the primary use of a blockchain is to verify transactions with digital coins, any document can be practically digitised, coded and inserted into it.

Cryptocurrencies are not accepted as legal tender in most countries, although their use and trading are not prohibited outright. There is still no uniform international law regulating cryptocurrencies. Cryptocurrencies have been legalised in Japan in 2017, although they remain a grey area in Malaysia. Regulators still have no means of responding to stolen cryptocurrencies or hacked platforms. The most recent case of hacking occurred at Coincheck, a Tokyo-based cryptocurrency exchange which lost over USD$500 million in digital tokens. Despite this, it is too hasty to “throw the baby out with the bathwater” as cryptocurrencies bring many benefits to legitimate users.

In the last decade, blockchain technology has been used in a very limited capacity as demos and small-scale pilot projects. Today, we are beginning to hear about large-scale blockchain projects. While banks are among the first to hop aboard the bandwagon, other industries are quick to keep pace. There are two main reasons why blockchain is rapidly gaining traction.

First, the traditional middlemen can be disintermediated on blockchain-based platforms. At present, neutral third parties (e.g. law firms, banks, etc.) exist to validate business transactions and enforce contracts. Banks which always serve as an intermediary of currency transactions are taking their cut in the process. Blockchain can make such validation unnecessary. Rentberry is an example of a blockchain-enabled startup that aims to disintermediate agents and brokers. By creating a fully decentralised rental experience, for example, tenants are able to apply directly through landlords and foster a tenant-landlord relationship from the start. There is an algorithmically driven scoring system for both landlords and tenants. Landlord scores are determined by a variety of criteria, including price competitiveness, maintenance, accommodations and property reviews. Tenants are scored on application information, previous payment history and other public information such as bankruptcy records and credit scores.

Secondly, transactions via blockchain-based platforms can be completed almost instantaneously. At present, overseas payments are often delayed for days due to the need for verification by banks and regulatory agencies. Last month, Reuters reported the forming of a partnership between the world’s largest container shipping firm, AP Moller-Maersk, and IBM to create a new blockchain-based, industry-wide trading platform. It is intended to help manage and track millions of shipping containers by digitising the supply chain process from end-to-end. If successful, it will greatly reduce the cost of documentation and bureaucracy which accounts for as much as a fifth of the total cost of moving a container. Similarly, blockchain can streamline the complex and multi-layered processes of stock exchanges for pre-trade, trade, post-trade, custody, and securities servicing. Australian Stock Exchange, Japan Exchange Group, Korea Exchange and Deutsche Börse are developing blockchain systems to improve transaction management, lower costs, and reduce possible errors and frauds.

Furthermore, Mitsubishi UFJ Financial Group Inc. (MUFG) is planning to gather the necessary resources and talents to open a cryptocurrency exchange. The MUFG coin will enable standard transactions such as purchases or money transfers between individuals at much lower costs compared to credit cards. Similarly, Singapore’s Ethereum-powered SGPay is created to make payments for various purchases. Through its host of integrated services, SGPay aims to be an all-in-one platform including trading of cryptocurrencies and storing of credit and debit cards.

In conclusion, there are sufficient tangible and actionable use cases to spawn blockchain-powered businesses. Potentially, blockchain is a game-changing technology to rewrite the rules and cause an innovator’s dilemma of doing things that others cannot easily imitate.

Originally published in The Edge, April 2018